Typically, in .NET, to merge assemblies you would use ILMerge. ILRepack is another project you can use and that has had updates recently (and a lot of activity on Github).

I’ve found it useful to merge the lot of Dlls and Exe that can compose a simple app into a single executable file (think containers but without Docker), which facilitates using and distributing it. The new .csproj file format is a great simplification and allows for tasks (as in the previous versions) in a smaller more understandable file.

To use ILRepack in a project, here are the steps you can perform to include the task during your build:

1 – add the ILRepack package to the project you wish to merge files in
2 – validate that the AssemblyName element is defined in the property groups in your .csproj file
3 – in the .csproj, add the following target element

4 – If you want to include the output in a package, define the package elements in a propertyGroup and include:

And that’s pretty much it. If you run build, ILRepack will be executed and build the merged file, and MSBuild will also wrap it in a NuGet package if you include the packaging step. 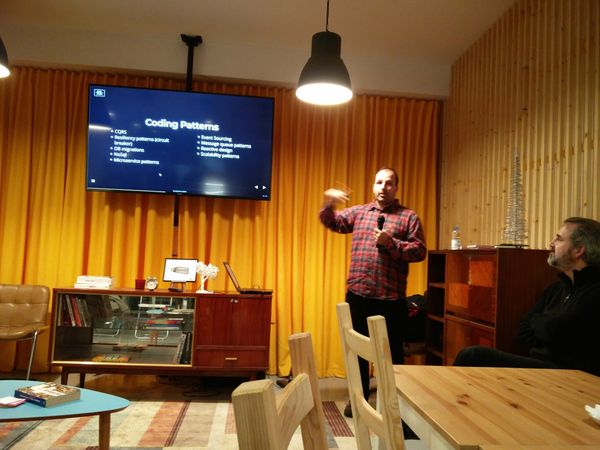 I recently presented a talk titled “Ramp Up Your Learning Habits in 2018” and intended to challenge the attendees of the December 2017 DevopsPorto meetup group to choose some topics and focus on learning them in 2018.

It was a fun presentation for me, given it is a topic dear to me and was also the first time I presented to the group I co-founded with Eduardo Piairo.

The slides are available through GitPitch (which I also learned for this session) at https://gitpitch.com/MiguelAlho/LearningChallenge2018. Press ‘S’ to open the speaker deck and find additional notes. The slides are open source and available at https://github.com/MiguelAlho/LearningChallenge2018 . In the repo, I also have a set of notes on some Lynda.com courses by Britt Andreatta about learning that I found useful and which can further aid any efforts to create new learning habits in 2018.

Finally, a quick thanks to all those who attended and followed up during the break and at the end of the day, and also thanks to my good friends at Bitmaker Software for hosting the event at the awesome startup house Founders 2 Founders.